Today, it’s all about couscous

Now RICE, on the other hand... 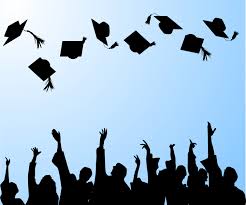 Thing 1 is about to graduate high school.  His cap and gown hang in his closet, brilliant blue and fresh, to be worn once and once only and put away until, most likely, it's forgotten and abandoned.

Senior portraits have been ordered and received and need to be distributed to family as a reminder of this milestone and a quick capture of the young man that he was and is – fresh-faced at just 17 years old, full of future.  One pose mimics a photo I still have on my cube wall of him at 18 months old, looking up and to the right, his gorgeous blond curls (at the time of his toddler-hood) replaced by a thick head of brown hair, the same eyes, seeking.  I ordered those photos, even though they’re not the most ‘dudely’ of shots.  I ordered some of him in casual pose, elbows on jeaned knees, grin plastered on face, to up the dude factor and counterbalance my tendency toward maudlinism.

We are going to a college open house this weekend.  To be frank, there is little expectation of him being admitted to this college because he was very late in applying and, well, he’s not the world’s best student.  However, he wants to go and so I will take him and his buddy (who WAS admitted and just wants to visit once more) down to the school early Saturday morning to get a taste of college life and a peek into what that world is like.  Perhaps it will spur him on through his first year of community college and the 24 credit hours he needs to get under his belt in order to transfer into the UNC system of 17 campuses (some of which are NC State, which is odd).

As we move through this next season of life, it is my most ardent hope that this boy finds his way, his niche, his passion, his purpose.  This mother’s heart yearns on his behalf for a spark of a notion of an interest and drive that will satisfy him and spur him on to a life well lived in satisfaction and reward.  Hell, I know he can find this as a bagger at the Lowe’s Foods or a checker at the Home Depot or as a plumber/mason/electrician/dog trainer and so college as such is not strictly necessary, but he needs some seasoning, some LIFE, before a path is identified and followed.  I’m also aware that that path can be abandoned for some other one, as I did multiple times through my young adulthood; the goal at this point is just to PICK one and get on it.  A little push, a little shove, a little guidance to get him going, at last, is the goal for this coming year.

I love that kid, am amazed at his generosity and kindness, am hopeful for his future, and am determined to see that he succeeds.  But first, I need to get to the point where thinking of that cap and gown doesn’t nearly bring me to tears.

Tips for how to survive the next few months without embarrassing the crap out of him AND me are much appreciated.

Not much, how ‘bout you?


I have an idea – how about we all just quit Facebook for a week and go back to blogging?  Wouldn’t that be fun?  I think that would be fun.  We could roam around, commenting like mad and then checking back on those comments to see if anyone else responded, just like in the old days before the new wave of social media trumped our quaint and old-fashioned social medium.

I have a lot of ideas, some of which are good ones.  Could we do this?  Quit FB (except for the games!  Must have the games!) completely and communicate through blogging?

Along those lines, I’ve gotten absolutely HORRIBLE at reading blogs.  I’m sorry for forsaking you.  I was playing Candy Crush Saga on FB, no doubt.

Oh, and also -  we’re redoing our living room.  That right there should be good for WEEKS worth of hilarity.  Or at least boring photo updates and the occasional gobsmacked exclamation of horror at each new buffoonish construction error we find as we peel back the layers.

Because, really, who NAILS a brick wall to the panelled wall behind it?  And who, for that matter, uses full-sized bricks to cover an ugly wall?

And then, who covers those bricks with a good solid 4-inch-thick layer of WOOD?  That they used entire TUBES of glue on in addition to screws and nails?

Answer: the people who used to live in my house.  I think their last names were Farskalle, Tomppeli, Schafskopf, and Balwan.  Look ‘em up, it will all make sense…