Today I am wearing a shirt that is almost work-appropriate 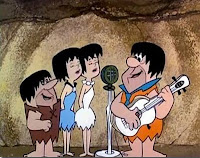 It’s been a rough couple of weeks at the Tiny House.  As I wrote about starting way back on 07 August, a little over 2 weeks ago Biff came down with a thing, which I then got the next day.  The thing required both of us to go to the Doc for meds, which in my case meant a Z-pack and an albuterol inhaler.  If you know anything about medicine, you could likely have devised from those meds that I had a respiratory thing, and you’d be right.  This particular brand of thing involved the following: wheezing, chest rattling and squeaking, mucus, phlegm, paroxysmal coughing, snot, fever, chills, and sore throat.

It is now over 2 weeks later and I am still experiencing what are called ‘productive coughs,’ term that means exactly what you think it might.

So, at least I can say that for over 2 weeks STRAIGHT I’ve been productive.  It’s a new world record!

A week and a half ago the Things were in SC attending their paternal grandma’s family’s reunion.  The aunts and uncles and cousins (LOTS of cousins) and associated and affiliated kin gather to eat and chat for a couple of hours, then disperse.

They don’t need a whole weekend, really.  They pretty much all live next door to each other.  It’s really more of a chance to get the few out-of-towners into town to evaluate their fashion choices and make the eat okra.

So, the Ex and boys drove down in their fancy clothes in order to impress the SC contingent with their urbanity and to visit with those family members they recognize and to try to avoid eating okra.  It was a good time and they enjoyed themselves as you do at those things.

Four days later, their grandma had a stroke.  Her friends at the retirement place got worried when she wouldn’t answer her door to go to breakfast.  There’s no way to know how long it had been since she’d had the stroke, but the films didn’t look good.  It was a big one, in a bad place.

She passed away Monday morning.

Now, I’ve told stories on her here before (she of the polka-dot dress comment), but always with love.  She was a true southern woman, the unofficial mayor of Dover Delaware (where she will be put to rest next to her husband), a lover of family and friends, a dedicated supporter and employee of the public schools, warm and inviting, and will be missed.

Turns out, 82 years isn’t really long enough to be alive, after all.

In happier news, we had a visit from Biff’s daughter and fiancée this past weekend.  Quick in and out, with hardly enough time to lie around and watch movies.

Oh wait, we did do that.

We also went out and heard Biff’s band play on Sat night, which was fun and better because it’s always more fun to go out with other people.  Then Sunday we went mini-golfing (I won, I’m sure) and ate barbecue the right way with slaw on top, then they flew back to the airport (literally, in a little plane!) and that was that.

Raleigh put on such a great show Saturday night that there’s talk of them coming back for her 21st birthday this fall so they can ride the Trolley Pub and visit all the cool clubs around town.  Believe me, you could ride the Trolley Pub for hours and not hit all the clubs and venues Raleigh has to offer.  It’s like Little Wisconsin or something down there, with the booze and bands and such.

Then the next morning we’ll take them on a Segway tour of downtown.  Heh.  Hungover on a Segway.  Now that’s good times.

That’s about it from here.  Monday starts school again for Thing 2, so there will be much prepping going on this weekend, I’m sure.  At the very least dude needs a shearing…that moptop look he’s sporting went out years ago. 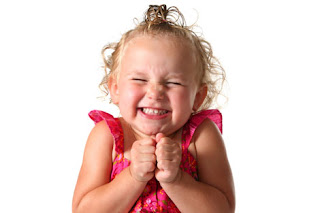 The last I wrote, we were anticipating Thing 1's maths placement test at the CC he will be attending for the next couple of years.  If he didn't do well, he's have to take remedial math (credits for which I don't think transfer to the 4-year programs).  Being as how math is not a strong suit for him, there was some range of possibilities about which classes he would be signing up for.

I am happy to report that there was no need to worry, he did great, and is therefore in college-level math.  And a history class, and a music class (some band thing or another, which is great), and some other things I've not yet had a chance to look at, as this all happened yesterday and it was a Dad day not a Mom day, because while it was supposed to have been a Mom day, Mom was home being sick nighe unto fractiousness and wasn't up to carting young men all over town.  Long story short, I have yet to look at the paperwork, but as he had an advisor helping pick the classes right after his test grade came in, I'm sure it's fine and he's going to start his post-graduate education off on the right foot.

What a big step this next one is.  I'd thought that I would have been more maudlin about it, weeping over baby pictures and the souvenirs of his childhood I've kept, wondering where the time went, but no, not really.  I am very excited for this next step!  It's thrilling to see the kids grow and mature and reach out to grab that next branch up the ol' tree of life.  We are lucky to have children who are able to do this, who are healthy and smart and sociable and so I celebrate this wonderful cocoon-shucking for him.  It had to happen sometime, and  think the next couple of years are going to be so very important for him.  When put against the backdrop of the previous 13 years of school, the constant nagging and talking and guiding and, let's face it, yelling, that we did to and with him about school, I can say that making it to this step is VERY exciting.  Now there's a goal - to get the next 2 years done and transfer to the 4-year college he wants to attend to get the BS degree.  A GOAL!  How energizing.

And it all starts next week.

Aside from the truncated summer, I don't think it's 'too soon' at all.

In other exciting news: we are having a Michigan visitor or 2 next weekend!

I hope they don't mind wearing their sunglasses inside, because there's no way this house would pass a white-glove inspection right now and so the sake of appearances they're going to need to obscure their vision somewhat.  Either that or I can maybe convince them to rub a little sunscreen in their eyes?

So much to be done, and that's just on the inside.  The sunglasses, I hope, will take care of most of the outside imperfections.

It will be a quick visit, and will likely take us a long to prepare for it as it will last, but that's what visitors are for, right?  To get you to clean up your shizz so they think you're perfect and have it together?  Well, at least the first time they visit.  Subsequent visits allow for more relaxed appearances, I think we can all agree.  Without that little social 'out,' I'd never have people over in the first place.  That 'first visit' kind of organization and deep cleaning  is kind of like the first drink you have at the Tiny House: I'll get your first one and ask if you want a glass with your beer and it will be perfect and so very much the right thing to do, but you are on your own after that because I can't be perfect twice in a row and thus have given up trying.

Bonus: now that Biff and I are both feeling well enough to DO some work around the house, It. Is. On.

Lots and lots happening around here - how's your world? 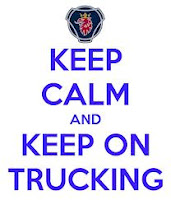 Me, I'm just plugging along, doing life, going to awesome concerts (Ben Folds 5 and Barenaked Ladies in the same night!  With the Things!), not going to church (seriously, July, what happened?), being grateful for good health and general overall Okayness of my life.  Like, nothing major has happened, much, which I suppose is fine.

Thing 1 starts college in just over a week.  Did I mention that?  Yep - college.  He's going to get an associate's degree, then decide if he wants to head on into a 4-year college.  I'm thinking yes, but he needs to conquer the A.S. first.  I have confidence that he will land on his feet wherever he goes, and hope that he finds his niche.

Speaking of, does anyone know of a local jazz band or orchestra a young man can play in?  Because, apparently, music is what he's going to miss the most.  I understand this, and hope also that he can find something in the area he can participate in that will whet his appetite for creativity.  I told him that if he can find something, he should START something.  A nice brass quintet, surely there must be other students who have a love for music and a need for an outlet?  Plus which, they can gig at holidays and such to make some money.  Money always good, esp. when there are books to pay for.

He and I had a conversation the other day about college and costs and if there was a college fund for him.  Well, there is, of a sort, but nowhere near what I'd like it to be.  So I told him what my folks told me: college is paid for, don't worry about it.  It helps that he's going to a community college first, which will cost a grand total of $1400 bucks a semester if he takes 16 credit hours. Not including books.  I can do that price for a couple of years...then get him applying to scholarships like mad in the meanwhile.  I appreciate that he's concerned, and love that he raised the issue, and hope that him knowing it's paid for will help him reach farther than he might have otherwise.  We will make it work.  Of course, I made it clear he's going to an instate public college, because ain't nobody got the pockets for Duke around heayah.

Then there's the matter of braces. And wisdom tooth extraction.  And HS starting up again, and schedules that need to be changed, and testing to be done so placements can be made, and it's a wonder how people with actual hobbies besides drinking can stand it.  Summer is so fleeting, so calm, so rampant with idleness that its very briefness is to be celebrated in the most low-key way possible.  Mostly that involves watching terrible movies and forgetting bedtimes.  Life is good here in this time, even if I have a fever and snotty nose and headache and clogged up chest.

Because I do, but why write about that temporary state of being?  With enough pharmacology in me I'll defeat the monstrous germs and be back to well-being before too long.

But now I must go.  All this typing and thoughtiness has exhausted me, and I need to go think about Christmas.