Ha ha HA to all of you

This year I went on a very creepy scavenger hunt.

It was inn (heh) order to spread Christmas cheer, mind you, but it was sort of creepy nonetheless.  Because, really, when a person can go on the internet with some bare essentials of a person's where-abouts (now hyphenated for your convenience) and come up with their street addy (Google's street view is helpful), it goes from the 'friendly White Pages scopeout' to 'possibly oddminded and should be evaluated' kind of scavenger hunt.

I hope none of you who received a holiday greeting from me mind being stalked.  I did it with the best of intentions. :}

Those of you who did NOT get a greeting, please leave your name and address below and I'll, uh, get back to you.

Sheesh - I'm going to need a bigger pit...and another case of lotion.

Pit-digging aside, we had a lovely holiday.  And you?

I have this week of from work (come visit me, you know where we live).  It is filled with such festivities as 'do laundry,' 'find all relevant tax information,' 'get car fixed,' and the Big One 'have HVAC serviced.'  SO JOLLY, and relaxing.

But no beans for us.

Southern traditions + one Tiny House and 4 people in it?  NO.

Hopping John, you can hop right over our house.  I shall not be shut in with 2 teenagers in a 1000-SF house the day after beans.  It will not be done!!

It's important to let you know

I am pleased to report that I am not on that list.  I think.  I didn't actually read it all the way through.  It was kind of boring.

Want to know why it was so boring?  It's full of 'writers' I've never heard of.  EVER.  And they get paid, presumably, for being writers.  THAT I'VE NEVER HEARD OF.  Or seek out.  Or, obviously, care about.

This either means that 1) I've chosen my reading material well by avoiding the bad writers of the world (or, maybe just the United States), or 2) I'm woefully unread and do need to extend my daily ration of ingo to include some of the sites or publications mentioned in the Gawker article.

However, having read samples of some of their work via clickthroughs, I'm thinking that option #1 is the more likely scenario.  Or maybe it's simply that  I don't really  care about people's opinions.  That what they care about and pontificate on is dead to me in a way that is so unimportant that it doesn't raise even the smallest of pangs that I don't know about it.  Like I'm some kind of 'care-less' monster with a black heart and chitnous shell off of which bounce op-ed pieces, advice columns, political diatribes, tech blargh, and nearly everything that's not actual news or humor.

And you know what?  I'm OK with that.  I have my own opinions, and having someone who is not me try to convince me with the powers of their internetly godliness or otherwise supposed 'influence' is a waste of everybody's time.  It's like when guests on a radio talk show start arguing: I just switch to the classical music station.  Easy peasy, and better for the blood pressure, for certain.

But am I alone in this?  Are there opinion sponges out there who are familiar with all the names on the Gawker list?  Do you make the rounds of popular websites and gobble up the tender goodness of someone else's take on things?  Or are you like me, a happy hermit of the mindset to which you have become accustomed?

I think I'm getting , or already have, a cold.  I have sneezed a dozen times in the last half an hour, and my nose is all stopped up.

Just in time to travel to a family wedding tomorrow, and spend time with a lot of family.

I hope everyone who chooses to celebrate Christmas had a good one yesterday.  Right now my feet are encased in the fluffy goodness of a pair of actual UGG slippers, and it is wonderful.

It seems like each year we pare down the preparation and celebration, but this year was quite possibly the most sparing yet.  We didn't even decorate the tree until Christmas Eve, and got take-out Chinese food for dinner.  It was rather delightful, watching "The Princess Bride" while scooping luscious noms someone else made into my face while reclined in a comfy chair wearing comfy new slippers. It should be a new tradition, all that comfy.

And, because it's highly likely I won't write again soon, I send my very best wishes for a Happy New Year to all 5 of you who will read this.  My best wishes for prosperity, good health, and peace in 2014.

Today, I had an experience that stretched my ability to not stereotype, paint with a broad brush, make assumptions, etc.  It was a challenge, but I worked on my understanding and forgiveness skills until I saw the thing that clinched my belief in my powers of insight.  Let me set the stage: 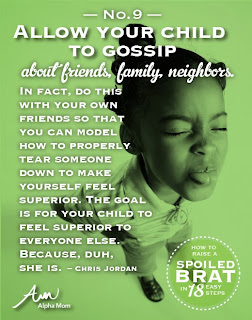 I was having a bit of a shop in the spice aisle, picking up whole cloves and cinnamon sticks for some spices cider I was planning to take to a small gathering later in the day.  Being mindful of the other shoppers, I maneuvered my cart over to the side and began to reach for the tubs of splendor I needed.  Just then, a woman approached from the other direction, parked her cart right in front of where I was reaching, began picking her own things out and didn't acknowledge me even for a tiny second because she was busy gossiping on her phone about some dude who caught caught with his pants down.  Full voice, names and all, right there in the store.

It was pretty clear almost immediately from her demeanor and accent that she Wasn't From Around Here, but then again a lot of people aren't, and one cannot go around making assumptions about other people's areas of origin based purely on one incident and the recognition of their vocal affectations.  So I didn't.  Simply chalked her rudeness up to assuming she was in a rush or so caught up in licking all the luscious details of scandal from the skeleton of someone else's pride that she was lost in her own world (or, more correctly, in someone else's, poor chap).

Then, I espied her in the checkout line, still on her phone and still audible from 50 feet away.  Not once did she look at the cashier or return their greeting.  Not for a minute did she stop talking, not to make the financial transaction, not to answer the Bag Question (paper OK?), Not to say 'no thanks' to the offer of help getting her groceries out (they always ask that at our local food shop, and I like it.  So Southern).  Just blah blah blah yammer yammer, all the way out to her car.

Did you catch that part about leaving the cart anyplace other then in the roundup area?  The ultimate in rude, I think you would agree.  Particularly because it was ONE SPACE AWAY and she couldn't be bothered to walk all the way over there to put up that cart, oh no.  She was too busy talking and having bad hair and a grating accent and poor manners to do such a thing.

It was all explained when I noticed her license plate.  Not North Carolina.  I give you three guesses where it was from.

That's right, friends, New Jersey tags were on that beatermobile.  New-Freaking-Jersey.  So fresh off the boat the tags hadn't been changed, which would have at least allowed some mystery as to where this horrorshow came from, because it MIGHT have been New York (downstate), but no.  Clear as a bell. NJ all the way.

I'm guessing somewhere Hoboken-adjacent, but that might be an insult to Hoboken.  Maybe to the whole state.  Pretty sure that mindset is what happens when people aren't allowed to pump their own gas.

Not to be unChristian, but I hope she breaks a nail and gets a scalp burn from the next bottle of Clairol Natural Black #122 she uses, then gets rear-ended by someone else's rogue runaway cart in the grocery store lot on a hot day in August, causing her to drop a bottle of Chianti on her toe.

Not too much to ask, right?