Hello There Fellow Bloggers!
Here's how the blog tour works. You answer the four basic questions.
1) What are you currently working on?
2) How does your work differ from others in the same genre?
3) Why do you write what you write?
4) Describe your writing process.
When you've answered them--how does this week look?--you post them on your blog with an explanation of the blog tour. I will take a day--maybe this Thursday?--and write an intro for each of you. If you could send me a picture and a short bio, that would help out in the introduction.
If this week isn't good, just let me know when is.
I'm looking forward to reading your responses.
And thanks for participating!

This kind of thing is SO 2006, and the invite came from SUCH a lovely and talented person, how could I NOT participate? A chance to turn back time at the request of someone who is lovely and talented? Heck yes I'll give it a shot!

Let's dive in then, shall we?

1) Currently I am not working on any writing project except what I get paid to do at work. But that's kind of boring stuff, so let's just say I've been letting an idea kick around for a while now that, when written, could either be a) a horror novel or b) a YA fantasy story. While I'm comfortable with horror, as those of you who have been around a while know (checkout Wordsmiths Unlimited for samples. (Good grief it's been more that 5 years since we updated that site!)), the YA thing would be much more of a challenge but I think that's where this idea is going. When I dreamed it, it wasn't scary, even though there's strong potential for it to be. So, just letting that one simmer, and bemoaning that fact that a pretty detailed outline I did of it disappeared in a BSOD episode a few years back. You can tell I'm into this idea because I actually wrote an outline, which is unusual for me because normally the things I write aren't long enough to require one (500 words = basic plots and little in the way of twisting them).

2) How does my work differ from others in the same genre? Genre? Hmmm. Do I have one of those? I'd have to go back and look at some of my old stuff, but right off the bat I'd say that my better writing has kind of a dreamlike quality in which odd things can happen that seem plausible at the moment of reading. Taking a dive fully clothed into a Russian swimming pool, for one, or that story with the novice nun and the sun ceiling. When I let my mind go wandering, I'm often surprised by what it comes up with. I usually have to force myself to NOT kill someone off, which isn't necessarily a very flattering thing to say about myself. So, deadly and dreamlike, I guess. Also sometimes more adult themes, that tend to be on the dark side. I sound like a horrible person now.

3) I write what I write (or DID write what I wrote, more particularly), because it's the one creative outlet I have besides cooking. I'm not good and handicrafts or other arts, and I felt like the company of other people willing to participate in a writing challenge and participate in critiquing our collective outputs was helping me write better in so many ways. Have what was a weekly challenge was a fantastic way to spend some time immersed in creativity, and even my worst efforts were generally useful exercises. I miss that. Might have to air it out and see if anyone else wants to play.

4) Writing process was alluded to earlier, but that's for really long work (which I never completed). In general, for the shorter pieces, it's cogitate, write write write like crazy for as long as it takes the story to get out, then walk away. Leave for a day, go back and editeditedit. If I'm happy with the piece, if it says what I want it to, then I might just leave it there, but typically I'll go back for a second round of editing before releasing it into the wild. If it's poetry (which I love to do but don't think I'm really all that good at), then the editing can take a heck of a lot longer or may not ever happen, because poetry is like that - sometimes what comes out first is really what you meant to say and nothing can or should change that.

All this being said, it's been a long time since I wrote creatively. If you look at the number of blog posts I've done recently it's evident that my writing has fallen off drastically in the last couple of years, which I'm trying to rectify by just pulling up Blogger and starting something. I suppose that's why I was happy to be invited to do this blog tour; it's a reason to start thinking about writing again and how good it feels to have the words flowing, becoming something that wasn't before. That's the goal of creativity, isn't it?

So, at some future point this entry will be linked from The Talented and Lovely Person's blog along with entries from other people who write things. It will be interesting to see who they are and how they work and what they produce. It's beyond time to open up the Big Box of Ideas and get creatively cracking again!

Let me know if you'd like to play along - I might just root around and find the key to wordsmiths and see if it starts up again! 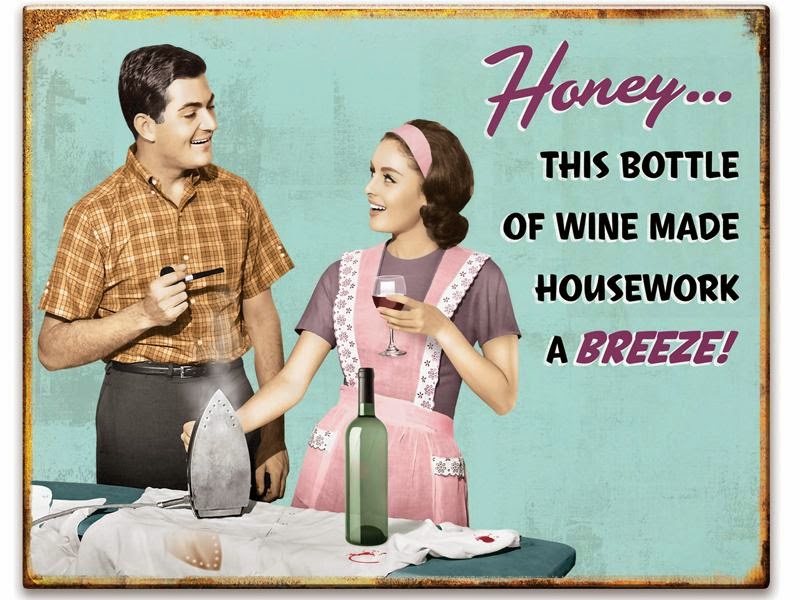 Lordy it's been a morning.  What have we done so far at the Tiny House?

Well, I made biscuits and eggs and sausage for us all after waking up the kids at the unholy hour of 10 a.m.

Cleaned that up, put way the clean dishes from yesterday, washed the dirties.

Biff and I poisoned the cats (AKA - flea treated them)

Folded 4 loads of laundry while the kids mowed the yard.

Cleared off my bedside shelf, decided I need to dust more.

Biff got rid of all the spiderwebs from the front porch and powerwashed it.

CAJ installed a clean shower curtain,  I laundered the gross one and the dishmat.

MLJ and I took out the recycling.

Scrubbed down the stovetop.

Now, to take a shower before heading out on college tours this afternoon.

And it's only just past noon.

Hope your is fine and dandy - Tiff out.

I don't need this, take it back

Whoever ordered a case of abdominal cramps with a side of chills and nausea - it came to my house and your should feel free to come pick it up any old time.  Like, how about now?  Sure, I'm in my PJs and the house is a mess, but I really want to give this to you because I DID NOT ORDER IT!

Oh, and could you please stop and pick up a pack of TP?  I've used so much of it that we must nearly be out.  Spent so much time on the throne today that I've read almost all the way through the latest issue of the "Experimental Aircraft Association's" magazine, and while I'm learning a lot it's not how I'd envisioned my day going.  However, I can point you to an interesting article about how one man learned to fly powered paragliders if you like.

Did you also order up that one serving of vomiting?  That was a nice challenge as I was already seated, but thankfully the trash can was right next to me and, when one is pressed for options, one does what one must.  I think I used up all the vomiting, but please do take that with you as well if you'd been expecting more than one dose.

SO done with this.

Those are the headlines from WRAL.com a the moment.  Personal information in jeopardy, but yay for steakhouse nommies IF you happen to survive the dreaded blue-green (why not just call it teal?) algae or possible rabies or rampaging 12-year-olds brandishing a shiv or freaking EBOLA.

Never mind about those gigantic sinkholes opening up in Siberia as a result of the Earth getting the burps.

It's getting so I don't want to leave the house anymore.  At least in here I'm pretty sure we don't have rabies, algae, murderous tweens, or sinkholes.  Don't have a steakhouse, either, which is kind of sad.

Played 'Cards Against Humanity' with a young couple the other night after we fed them dinner.

He used to be my pastor.

Should we have played Bridge instead?

I have a friend who is very active in dog rescue, and she keeps putting pictures of adorable lab puppies (her organization of choice is geared toward Labs) on her FB page.  It's a terrible thing to do, wouldn't you agree?  All those people who are her friends see these cute lil' puppies and read the pleadings to help foster them and have to live with the GUILT of not doing so.  Mean trick to play on some one you call 'friend,' right?

(Truth - It's so tempting to foster a puppy.  The committment is short-term, generally, so none of this 'watching them grow old' garbage that's such a pain.  Very tempting indeed.  But still a nefarious method of introducing the possibility, I'm sure you would agree.)

So.  Word of warning.  If you and I are FB buddies, do NOT get involved with rescues or other noble pursuits and them start putting up pictures of the cuteness that needs a little love, because I will then think you are a meanie too, and you don't want that, do you?

Glad we had this little talk.  Tiff out.

We're headed out once more to try to finish up Oldfriend's kitchen reno that's been keeping us (mostly Biff) occupied every weekend since late May, except for the last three weekends (because, vacation and other stuff to do).  Really hoping that this is it, because I'm sure she wants us out of her hair and I'm sure Biff wants to know what it's like to sleep in, mosey, relax, or catch up on the things around here that we've let slide.

Oh, we had high hopes in March that our little seeds would flourish into strong healthy, well-bearing plants, that we'd be canning fools and swimming in homemade salsa by now, that we'd have a bonus of squash so large our neighbors would hide when we came laden down to ring their doorbells.  Such hope.  So wrong.

Two weeks ago I had the kids rip out the zucchini and squash because their fruits were small, rotting on the vine before they could be picked, and sparse.  The strawberrys came out too, as the rabbits were eating most of them.  I left the volunteer pumpkin, and the tomatoes are finally starting to ripen, but that's all that's out there now.  It's sad, really.  It was supposed to have borne spinach and broccoli and lettuce and peas as well, but that just didn't happen.

Hopes, adjusted.  We'll try for some fall crops I suppose, and see if that yields anything of interest.

If not, it all gets plowed under and we start again next spring.

AFTER I find some way to dye my thumbs green.